A module actuator which incorporates all the functions required for robot joints.

▪ Controlled via Network
Dynamixels have an unique ID that are controlled by packet communication on a bus. They support network of TTL, RS 485 etc. according to model
▪ Simple connection structure
Wiring is simple because it is linked by Daisy Chain
▪ Status Display functions
LED and Shut-down (Torque-off) functions can be set regarding high temperature, overload, overvoltage, and low voltage

Torque can be set up by 1024 steps from maximum Torque to free run state.

Its efficiency is high because it runs by high voltage, and it improves stability of robot system formed by Dynamixel because current consumption is low.

Dynamixel can be controlled using exclusive controllers and the PCs 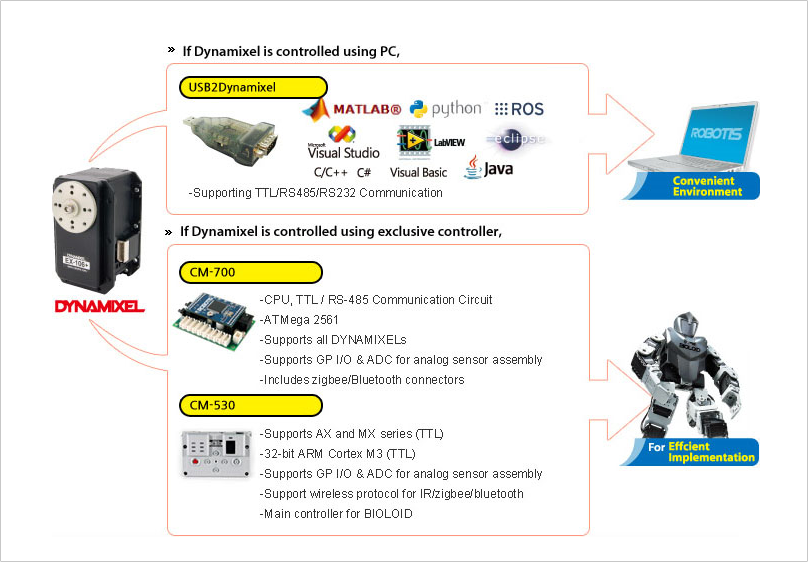 The setting and the programming of Dynamixel can be done easily using RoboPlus.

It makes the users possible to develop their own firmware.

It is a standard programming library to develop S/W controls Dynamixel.

Mountable frame according to each HORN